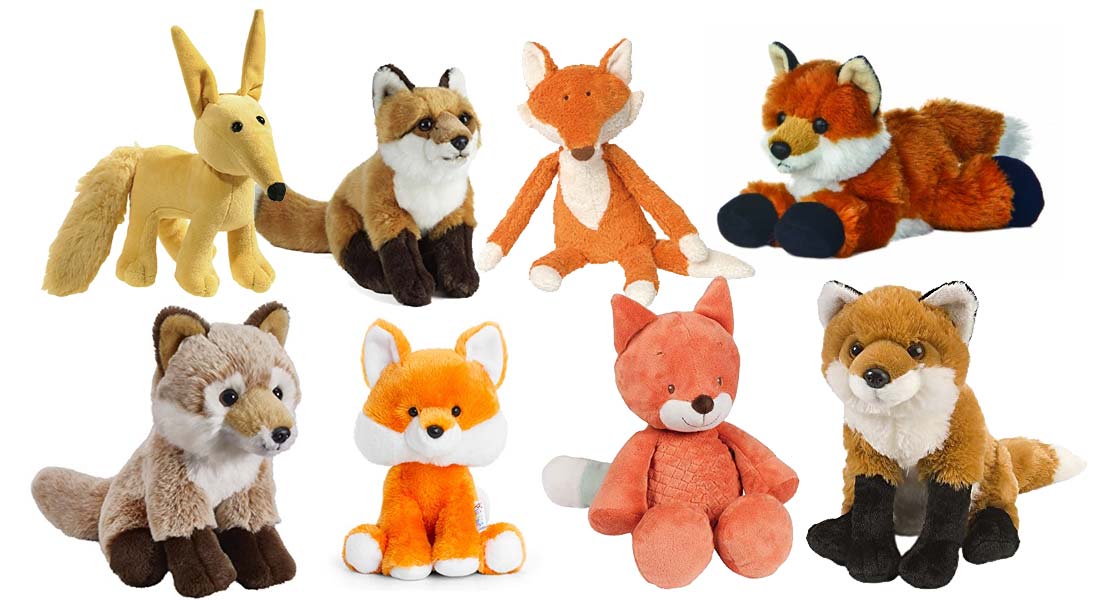 An adorable cuddly toy fox can make children’s hearts beat faster! Here you will find the most popular fox cuddly toys and what you should look out for when shopping.

There are many stories about the fox and he appears in quite a few children’s series and songs. There, however, he is often the villain or the rascal. And that’s despite the fact that he also has lovable sides and can look so cute. This is shown by our large selection of stuffed animals. You’re sure to find the right fox soft toy for your child and show them that this fellow can also be very likeable. This will give him the chance to become a new best friend. We have many different models for you and your child on offer, for example from Sigikid. And of course, a fox cuddly toy baby shouldn’t be missing either.

Or should it be something bigger? In our overview you will also find fox cuddly toys in XXL. No matter which size and version you choose: he will be a loyal companion. To ensure that your child enjoys his or her plush friend for a long time, there are robust versions that can survive a day at the playground. Your child will discover that the fox is an exciting and great animal and therefore much better than its reputation.

Checklist: The fox as a cuddly toy for children

The most popular fox cuddly toys

A fox is a cunning native forest dweller that sometimes ventures far into big cities at night. Although it is very shy and most children have certainly never seen a wild fox, they all know it from an early age. A giant fox as a cuddly toy is just the thing for cunning and clever children who like to make plans. There is no better place to think than cuddled up to the beloved fox cuddly toy XXL. Its red fur is cuddly soft and invites you to dream. Maybe it’s off on an adventurous hike through the forest or a nocturnal foray through the sleeping city. Anyone who has a large fox cuddly toy by their side can move safely anywhere. Its cunning and instinct will protect your child on all adventures.