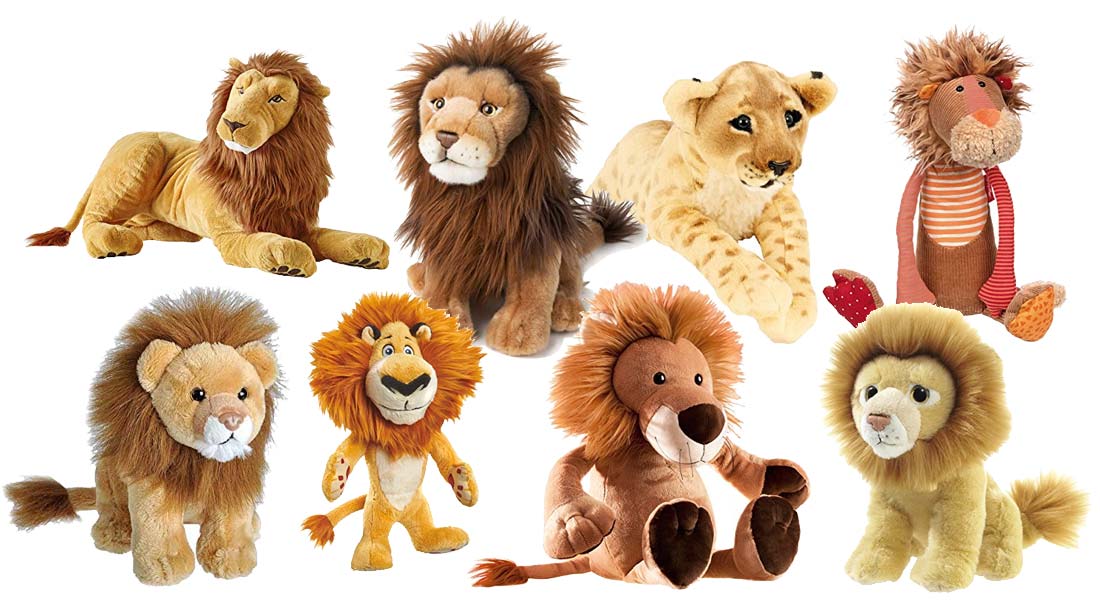 A lion as a cuddly toy and faithful companion for your child. What you should consider when buying these big plush friends and which are the most popular cuddly toy lions, we reveal here. In addition, we show you in a large overview of cute cuddly toy lions in XXL.

He is the king of animals and therefore already known to many children through movies and series. We have compiled in our overview different variants of cuddly toy lions. They range from small to life-size and from the lioness with her cubs to Scar or Simba from The Lion King. Even a lion as a cuddly toy in XXL is ready to cuddle. In addition, you will also find a white lion as a cuddly toy.

The WWF, an organization that campaigns against species extinction, has specially released a lion as a stuffed animal. It wants to draw attention to endangered species and raise awareness among children.

Of course, almost every cuddly toy lion is suitable for babies – what you should then pay attention to, you can see in our checklist. If your child is enthusiastic about lions, then a plush lion can quickly become a loyal companion and friend. To ensure that the cuddly toy also survives excursions undamaged, look out for well-known brands such as Sigikid or NICI, which stand for high-quality workmanship. Then your child will enjoy such a soft toy for a long time.

Checklist: A lion as a cuddly toy for children

The most popular cuddly toy lions

Lion as a cuddly toy in XXL

The lion is the king of animals. Strong and brave, wise and just are attributes attributed to a lion, especially in children’s stories. The African big cat is one of the most popular animals and despite its actual dangerousness is a much loved cuddly toy. A lion as a cuddly toy in large size is a highlight for every child’s room. XXL lion cuddly toy stimulates children’s imagination and helps them to dream themselves to distant lands.

With him, little explorers go on expeditions through the savannah and sleep in tents on the edge of the jungle. After surviving the adventure, your child can snuggle up to the big stuffed animal lion and rest. Some plush lions are life-size and make great playmates for circus games or magician performances. No matter how your child incorporates his XXL lion stuffed animal into his play, one thing is certain: whoever has such a friend in his nursery, he no longer needs to be afraid of anything.