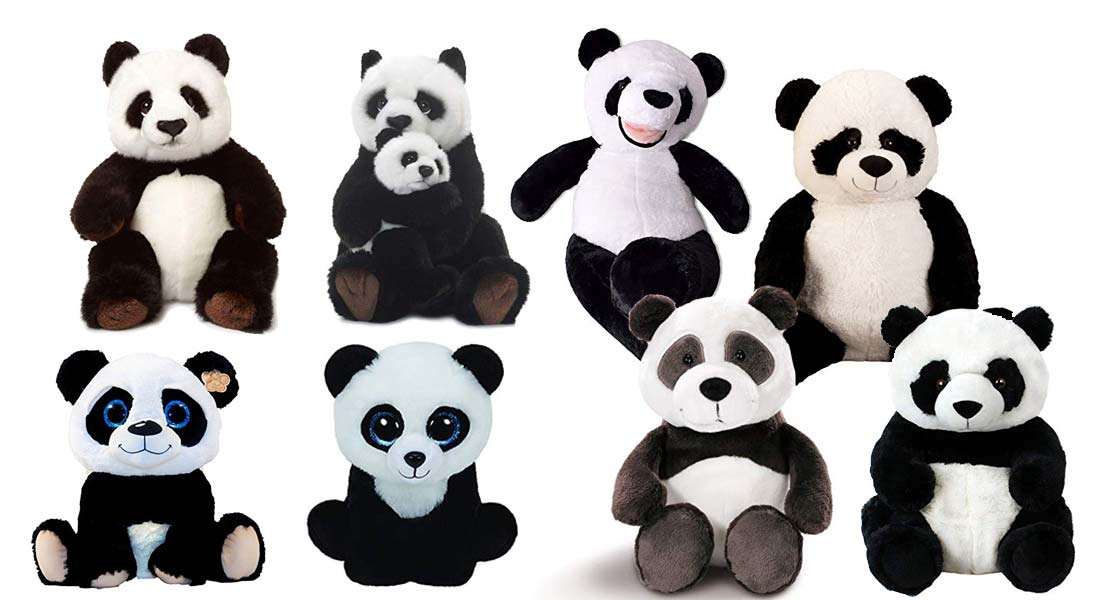 The panda soft toy as a best friend – what could be better to cuddle? We show you the most important points you should pay attention to when shopping and give you an overview of the most popular cuddly toy pandas.

Pandas are special animals that live in the forests of China, where they feed on bamboo. Only unfortunately they are threatened with extinction. Therefore, the panda became the mascot of the WWF and there is its own copy made of plush. The organization campaigns against the extinction of species and wants to use the panda cuddly toy to make people aware of this issue.

These bears look extremely cozy and because of their fur markings, they have a fascinating effect on children. Moreover, there is a species called red panda. Although the two animals are not related, this fellow is also perfect as a stuffed animal. He looks especially cute with small beady eyes and a round face. Made of soft plush, these are optimal for small children to cuddle and enjoy. A panda stuffed animal has what it takes to become a loyal companion for your child. So that it survives all activities, pay attention to quality when buying. So it survives even several washes, for example, after intensive playground visits.

Checklist: A panda as a cuddly toy for children

The most popular panda cuddly toys

Panda bears are generally considered to be cozy and lovable creatures with a tendency to be clumsy. This charisma also has a giant panda cuddly toy. The panda cuddly toy XXL is an ideal friend for cozy lounging and relaxing. Your child can lie down in the loving arms of the giant panda cuddly toy and come to rest for a few minutes. In addition, listen to a nice story or read a book and the cuddle session is perfect.

Panda cuddly toys up to 200 cm in size can not only provide a certain security in this way, but are also a truly impressive appearance and a real eye-catcher in the nursery. The big panda cuddly toy can accompany your child for many years and be a faithful companion as he grows up. Who would not like to have such a big cuddly friend?